In space, nobody can hear you scream… Will they hear you at the Halle Tony Garnier? 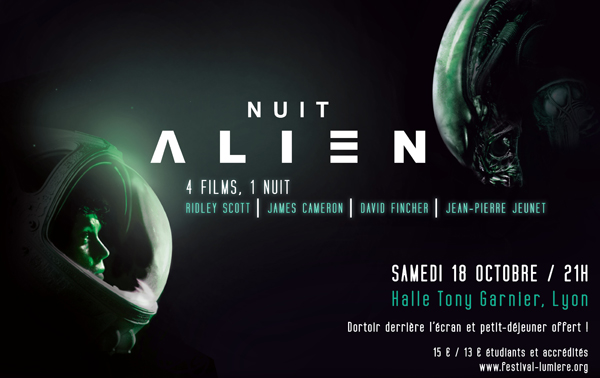 In 1979, Alien terrorized millions of viewers, revolutionizing the genres of both  horror and science fiction cinema. Ridley Scott, the aesthete director producing commercial ads, had just completed Alien, his second film, bringing to life one of the most epic monsters in the history of film, with the complicity of the great Swiss artist H.R. Giger, who passed away this May.

Alien would become the first film in a saga that would mark the audience's subconscious and benefit from the rare treat of a different director – each unique and talented- for its three sequels. In the first sequel, Aliens, James Cameron multiplies the monsters into a mechanical and warlike fury, while in Alien 3, David Fincher, who will go on to make Seven and The Social Network, revives the "Beauty and the Beast" conflict on a planet populated by prisoners-turned-mystics. Finally, in Alien Resurrection, Jean-Pierre Jeunet brings his aesthetics and personal stamp to the saga, leading the creatures in a terrifying and poetic underwater ballet.

Four directors for one muse… Sigourney Weaver. Fierce and determined, her character will prove to be one of the strongest female roles ever invented in the history of cinema.

The night promises to be both festive and frightening! After the All-Nighters of  American Comedy, Science Fiction, Music and Film, and last year's Monty Python, genre cinema returns to its headquarters at the Halle Tony Garnier on Saturday, October 18!

A makeshift dormitory behind the screen will be available for the weariest (and least traumatized) viewers, and the traditional breakfast will be served at the end of the last film. 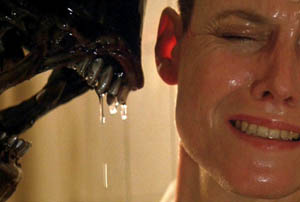 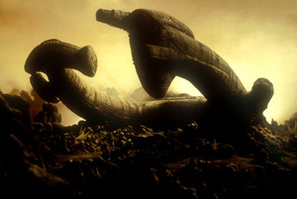 Program made possible by Century Fox