American actress Faye Dunaway will be the guest of honor at the Opening Night of the 6th edition of the Lumière festival, to be held in Lyon and Greater Lyon from October 13 to 19, 2014. She will succeed Jean-Paul Belmondo, who opened the festival in 2013.

To pay homage to Faye Dunaway, Arthur Penn’s Bonnie and Clyde (1967), in which she plays the title role alongside Warren Beatty and Gene Hackman, will be screened before many personalities and an audience of 5,000 at the Halle Tony Garnier, in a print restored by Warner.

« I am greatly moved by this invitation. I am very honored to be invited to Lyon, France, for this festival dedicated to film lovers. »

A quick glance at her filmography offers immediate insight into the immense contribution she has made to the emergence of the independent American films of the sixties and seventies… and the contribution is of the highest caliber: from Arthur Penn’s proposal to star in Bonnie and Clyde in 1967, Faye Dunaway goes on to make The Thomas Crown Affair by Norman Jewison, The Arrangement by Elia Kazan, Network by Sidney Lumet, Chinatown by Roman Polanski, Little Big Man by Arthur Penn, Puzzle of a Downfall Child by Jerry Schatzberg, The Towering Inferno by John Guillermain and Irwin Allen, Three Days of the Condor by Sydney Pollack, or Eyes of Laura Mars by Irvin Kershner.

Her meeting with Arthur Penn was crucial. The uncommon, demanding, subversive director would make few films, but those he did create have become American film classics of the 60s and 70s : The Chase, Little Big Man, Missouri Breaks... A true actor’s director, Arthur Penn enjoyed playing with passion, which he claimed gave a unique drive to his American actors. Warren Beatty, Anne Bancroft, Robert Redford, Dustin Hoffman, and even Marlon Brando owe some of their most powerful performances to Arthur Penn.

«Beautiful, cold, intelligent» are the adjectives most often used to describe Faye Dunaway, a «fatal beauty» coupled with a «fiery disposition.» Her personality, her lifework, and her level of commitment define her as a Hollywood cinema legend. The actress rarely grants interviews and, aside tributes at the Cannes Film Festival in 2011 and the Festival del film Locarno in 2013, she seeks neither recognition nor accolades. Her presence in Lyon will thus be an exceptional event. The Lumière festival is honored that Faye Dunaway will grace us with her presence, elated to have such a woman and artiste succeed Jean-Paul Belmondo. 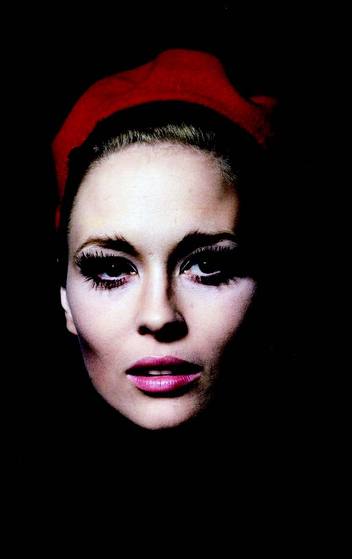 Opening Night will be held on Monday, October 13 at 7:45pm and will take place, as tradition dictates, in the large arena of the Halle Tony Garnier, celebrating its 100th year in 2014. Like previous editions, tickets for Opening Night went on sale in late June and the event is sold out. However, Bonnie and Clyde will be screened again during the festival

Special thanks to Warner Bros.